Sueye Park is one of the most remarkable talents of her generation. She was born in South Korea in 2000 and began studying the violin at the age of four. Her musical gifts were recognized early on, and at the age of just nine she began her studies with Ulf Wallin at the Hochschule für Musik ‘Hanns Eisler’ in Berlin.

As a soloist Sueye Park has performed with orchestras including the Orchestra of the Komische Oper Berlin, the Staatskapelle Weimar and the Seoul Philharmonic Orchestra. She has also performed at various festivals and concert halls, for example in France (Musique sur Ciel in Cordes-sur-Ciel, Tarn), Germany (Schumann-Fest, Zwickau), Israel, Italy, South Korea (Lotte Concert Hall, Seoul), Spain, Sweden, Switzerland, Indonesia, the Czech Republic, Austria and Tunisia (the Roman amphitheatre of Thysdrus, El Djem).

Sueye Park has participated in numerous radio and TV broadcasts in Germany, Israel, South Korea, Spain and Sweden. In 2017 her début disc was released, a critically acclaimed recording of the 24 Paganini Caprices [BIS-2282], followed by a recital disc, ‘Salut d’amour’ [BIS-2382]. In June 2021 her newest recording will be released with works for Violin Solo: ‘Journey Through a Century’ [BIS-2492] and in the near future she will record the 3. Violin Concerto of Isang Yun with the Seoul Philoharmonic Orchestra conducted by Osmo Vänskä.

Her repertoire includes solo works (from Bach and Biber to Isang Yun and Luciano Berio) as well as the great Romantic and Classical concertos and contemporary works for violin and orchestra.

Since 2020 she has continued her studies at the Universität für Musik und darstellende Kunst in Vienna under Ulf Wallin (violin), Avo Kouyoumdjian (chamber music) and Clive Brown (performance practice in Classical and Romantic music).

She has taken part in numerous masterclasses, for example with Saschko Gawriloff, Mihaela Martin and Donald Weilerstein, and the Keshet Eilon International String Mastercourse in Israel with Eduard Gratsch, Ivry Gitlis and Ida Haendel.

Sueye Park plays a violin built by Lorenzo Storioni in Cremona 1774 on loan from the Sinfonima Foundation in Mannheim. 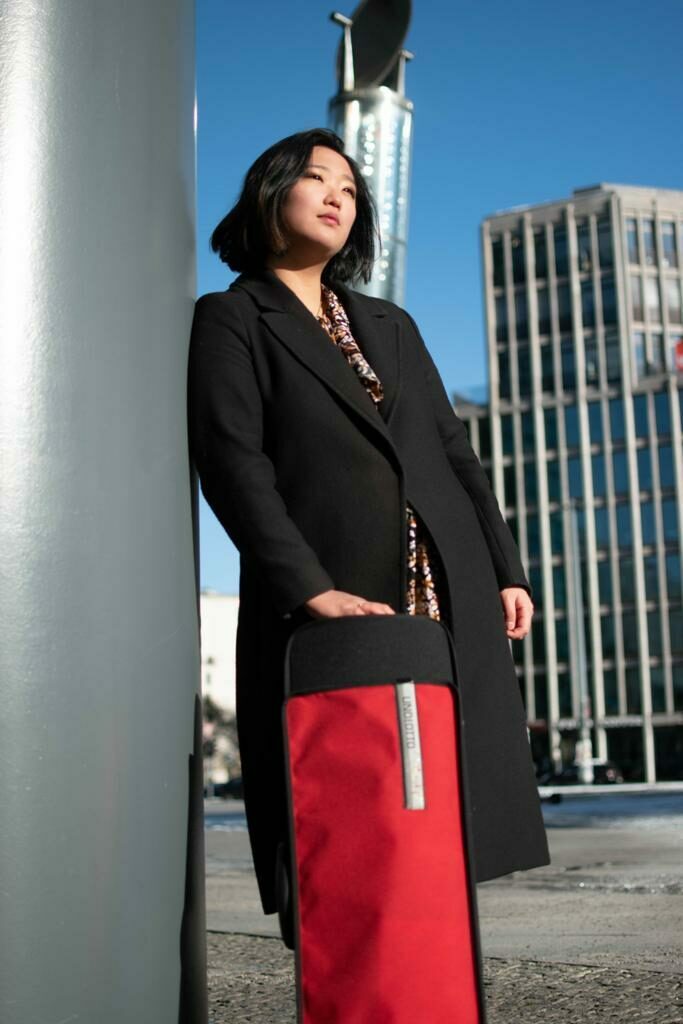